On Friday night we had friends over to watch the Oscar nominated animation  “Loving Vincent”. I recommend it. A true labor of love, over 100 artists worked for several years to create an  absolutely amazing film. Before I saw the film the first time (I’ve seen it twice), I had hope, but with reservations. I didn’t think it’d be great but I was more than satisfied, I was moved nearly to tears. 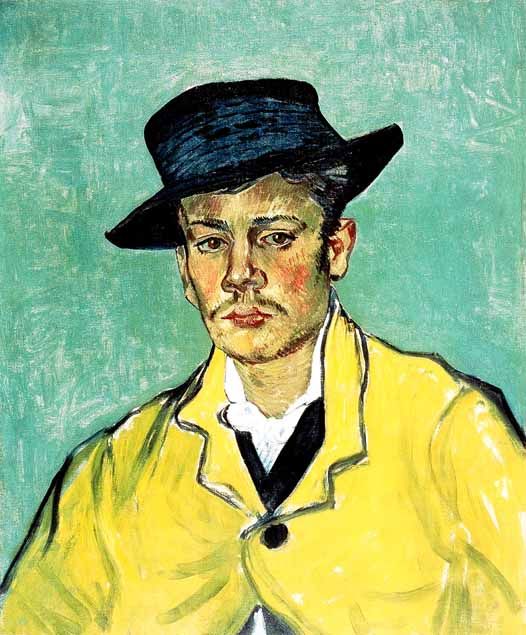 The film-makers Dorota Kobiela and Hugh Welchman (both are credited as directors and writers) deserve a big thumbs up for creating a dynamic story line that is plausible in a historical context to tell the story of his life, using Vincent’s portraits and landscape paintings as the actors and scenes in the story. What a delight to see paintings I recognize drop into the film and start speaking and walking around.

Kobiela and Welchman, and all of the artists who worked on it, pulled off the painting style of Van Gogh magnificently. Van Gogh’s best work pulses with the life of the cosmos, (think Starry Night) whether he was painting trees, flowers, clouds or a face, the level of empathy was astonishing. Not merely describing movement, he absorbed what he saw when he was painting and he became an extension of it and it became a part of him.

The filmmakers did a brilliant job of taking advantage of how he painted, incorporating the movement of the paintbrush and paint into a driving force in the storyline, pulling us along. Taking a most logical next step: making those brush marks full of paint actually move, seems obvious now that they’ve done it. That they did it was such respect for Vincent and his art makes it a real, very loving tribute.

Loving Vincent can be seen on Amazon Prime. The film makes the case for Van Gogh having been shot accidentally by boys taunting him, rather than shooting himself, as the popular myth would have it. I heard that theory several years ago on a 60 Minutes interview with the authors of Van Gogh: The Life. Which I haven’t read, but, for what it’s worth I believe them.

This entry was posted in Paintings. Bookmark the permalink.