TC Cannon at the PEM 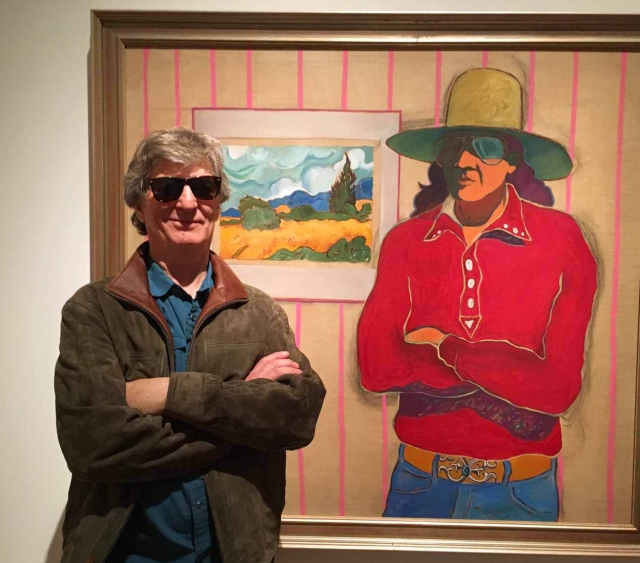 This past weekend Rosemary and I went to the Peabody Essex Museum (PEM) to see the TC Cannon and the Georgia O’Keefe exhibits. I loved it and am really glad I saw it. I knew that Cannon was a contemporary of Fritz Scholder, one of my favorite painters, but I didn’t realize Scholder was his teacher. In fact it’s hard to talk about Cannon without referencing Scholder. 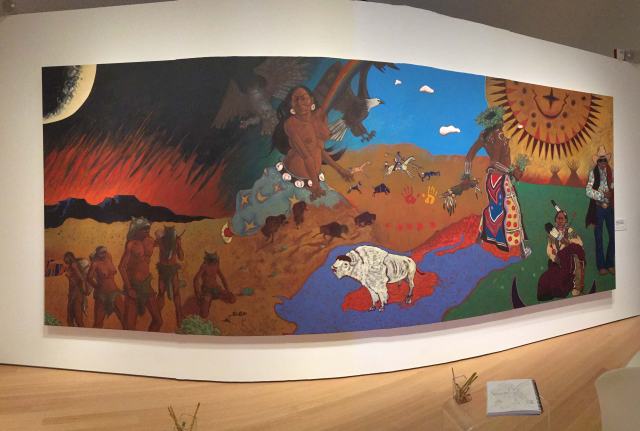 They were working the same ground – their heritage as Native Americans, with all the ramifications that went that heritage. For all the aesthetics and methods they shared, as well as potent  imagery about the world of Native Americans, Cannon’s paintings seem more particular than Scholder’s. Often Scholder would paint shamans and dancers exaggeratedly, as if they were about to fly off the canvas, and indeterminate as to what the characters looked like. Cannon’s people, even as stand-ins for spirits and medicine men, are painted as real individuals, and the paintings are visually solid. The compositions anchor the paintings, and they are meant to stay right there. These are confrontational paintings; they mean to keep you in their gaze as long as possible.

It didn’t take long at the show to feel the loss of such a gifted and determined artist. It is truly unfortunate that we’ll never know where he might have gotten to in his paintings. We know he was brave, and not only for having served in Vietnam where he garnered a pile of medals. Tommy Wayne Cannon served up images that described the injustices inflicted upon Native Americans and the legacy of that cruelty that they have  lived with, as well as the self-destruction and pride of heritage.

But by the end of the exhibit the sadness was mitigated with gratitude for the work he left us with. 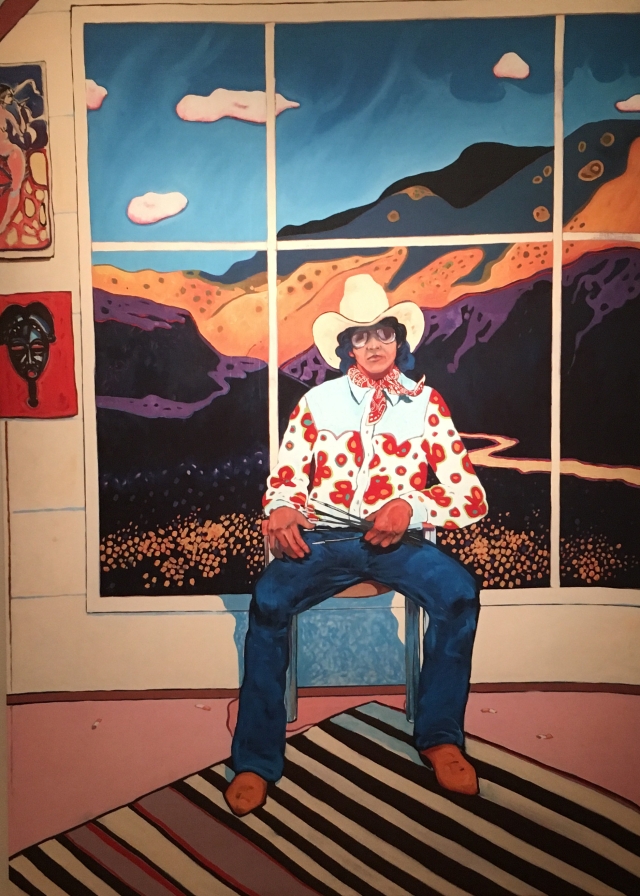 The Georgia O’Keefe show was primarily about her fashion sensibilities and used some of her paintings to give the clothing context. I liked it, but can’t help but echo what I’ve heard others say: “I wish there were more paintings.”

This entry was posted in Paintings and tagged art, painting. Bookmark the permalink.